The concept of hot desking began in early 1990 and has since become very popular. Most companies are embracing this concept because it allows employees to be more collaborative and flexible, thus boosting productivity. With increased competition, companies have been forced to think outside the box to cut costs and make their businesses more efficient and competitive. That is why many of them are shifting to hot desking. But what exactly is hot desking and what are its benefits? In this article, we will discuss hot desking in detail to help you know whether it is right for your company. 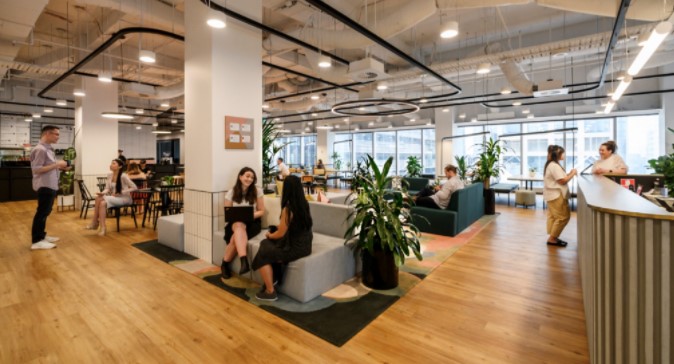 What is hot desking?

Hot desking is a concept that involves employees not having a particular office space or workspace to call their own. Instead they set camp at any empty desk that they come across. The aim of hot desking to maximize efficiency and reduce redundant office space. Hot desking can be implemented both in private and co-working spaces.

One of the reasons why many companies are shifting to hot desking is because it helps to boost collaboration. Hot desking concept encourages employees to move around and work in any office desk that is free. This allows employees to talk to each other, including those they wouldn’t interact with. A study published in the Village Effect showed that employee performance can increase by up to 20% when they interact with each other.

Another reason why hot desking has become very popular is because it helps to maximize office space. Hot desking enables companies to see how flexible their offices are and how much space they can utilize to get the most value. Additionally, the office is also likely to be tidier and more organized because of the ability to utilize the available space more effectively.

This is perhaps the top reason why many companies have incorporated hot desking. Flexibility in the workplace creates a conducive environment for employees to actualize their full potential thus boosting productivity. A study conducted by Zenefits revealed that 73% of employees have reported that a flexible work environment makes them happy and more satisfied at work, while 78% said that it boosts their productivity. Hot desking gives employees the flexibility to work closely with their colleagues on a particular project. The freedom for employees to change their workplace for a day, a week or a month goes a long way in boosting their productivity and creativity.

One of the best ways to build a strong organizational culture is by encouraging networking and team building amongst employees. Like flexibility and open communication, networking and team building are crucial components of a successful and thriving workplace. Hot desking allows managers to connect with employees better, understand their needs and what they need to do to make the work environment better for employees to thrive.

One thing that leads to high employee turnover is micromanaging. Employees like working in a place where they are given some level of freedom and that is what hot desking does. It gives the employees the freedom to work in the location of their choice. For instance, if the employee wants to work in an area that is quiet, away from people, he/she can do so and when they want to work in a place surrounded by their colleagues then they are also free to do so. Studies have shown that employees who are given freedom at work at their ideal workspace are generally happier, more motivated and work at their level best.